I've seen the dance performance yesterday too. I felt satisfaction to see ART perfectly. Jan Fabre challenged to not only describe Andy Warhol but also analyze William Forsythe, dance in his life. Forsythe dances not only the angel of death (Warhol) but also himself. It's the match between the two leaders of contemporary dance. In addition, I was surprised and feel happy to see the good audiences, very nice audiences in Yamaguchi. Feeling this mood is rare in Japan. They had good reaction for the piece. They, included children and old people, can see dance work without bias. I've thought that this piece is for mania. But Yamaguchi people enjoyed. This is a good sign for us. We have thought that selling the tickets is difficult in rural area, however, they were nearly sold out. 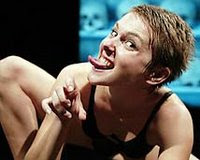 I enjoyed to watch the residencies' ideas of Akiyoshidai International Artists Village and talk with visitors. I haven't imagined such a lot of people join the event in the rural area (nearly nothing around the building except mountain). They came from around the Yamaguchi prefecture. They like to communication with artists. It's cool.


Amazing Justin Fiske's work. He calculates all small stones' direction and speed when they rotate. 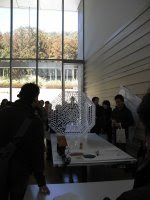 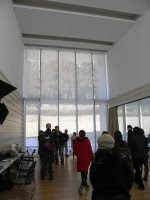 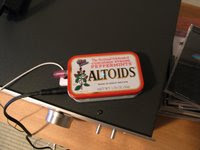 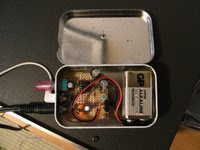 Funax sent me a small amplifier which he made. Thanks! I was surprised that the sound is very nice. Of course the box is also so cute. But I complained about the Nuu ヌー noise I can hear through the amp. But it's a kind of charm. He will improve soon. 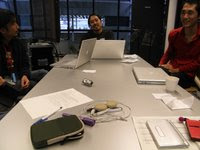 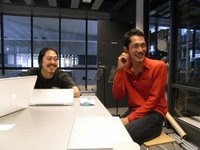 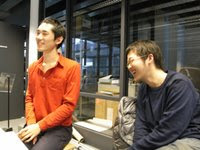 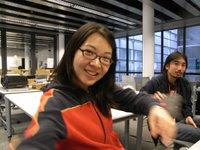 My folks of the InterLab. We answered Soojin's interview for Aliceon.
see more 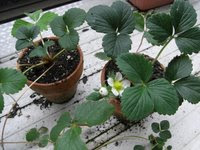 I've worried about the strawberry plants at my terrace during my traveling. But they're fine and still bloom. 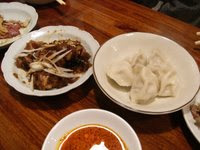 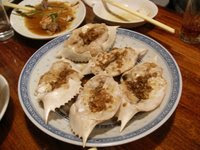 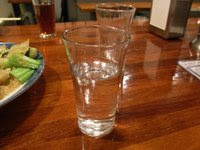 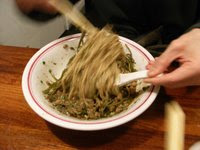 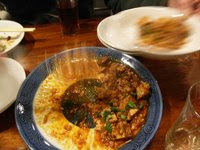 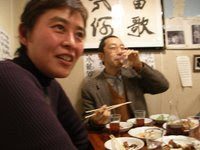 I gathered friends to share the special dinner for Chinese New Year. We enjoyed eating and chatting. I was happy to see Kagumi-san and her husband, Nagai-san after we have met one year ago. Jt and Tama-chan also joined the party at very nice 四川Shisen restaurant 好好Hao Hao in Musashi-sakai.

previous day of 2 and 8 day 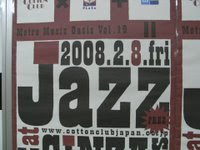 Furuya-san took a photo in the front of the coffee shop after we ate Tempura. 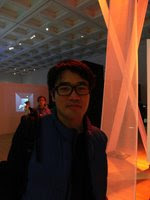 I met Shoken at the media arts festival in Tokyo. He talked about the next work. 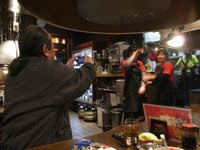 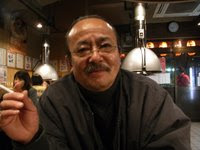 I met Furuya-san and took a dinner in Shinjyuku.
He took photographs the workers at the restaurant. He enjoyed the meal, talking and taking photographs. I tried again to take movie of the chatting with him. But this time was failed again. It was too noisy with camera's trouble, however, I really enjoyed taking photos/movies and showing each other. When we met at the first time - around 17 years ago? -, we couldn't talk friendly like now. He was too difficult person. He is still so. But now he became a bit mild. Additionally I've changed a bit too. Now I have a nerve, be not sensitive against his never changed evil tongue. :-)

People enjoy the interactive installation at Roppongi Hills.
I met a member of UVA yesterday. He presented previous works. 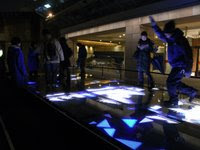 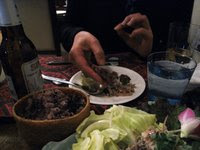 I enjoyed a dinner at a Thai restaurant in Mitaka with jt. It was snowing outside.